Marie Skłodowska Curie was born on 7 November in 1867 in Poland (later naturalised French). The physicist and chemist pioneered the research on radioactivity together with her husband Pierre Curie.

Her achievements included a theory of radioactivity (a term that she coined), techniques for isolating radioactive isotopes, and the discovery of two elements, polonium and radium. Under her direction, the world’s first studies were conducted into the treatment of neoplasms, using radioactive isotopes. She founded the Curie Institutes in Paris and in Warsaw, which remain major centres of medical research today.

During WWI, she became the director of the Red Cross Radiology Service and set up France’s first military radiology centre, directing the installation of 20 mobile radiological vehicles and another 200 radiological units at field hospitals in the first year of the war. It is estimated that over a million wounded soldiers were treated with her X-ray units.

Marie Curie was the first woman to win a Nobel Prize, the first person (and only woman) to win twice, the only person to win twice in multiple sciences.

If Curie’s work helped overturn established ideas in physics and chemistry, it has had an equally profound effect in the societal sphere. To attain her scientific achievements, she had to overcome barriers that were placed in her way because she was a woman, in both her native and her adoptive country.

“I have frequently been questioned, especially by women, of how I could reconcile family life with a scientific career. Well, it has not been easy.”

She was known for her honesty and moderate life style. Having received a small scholarship in 1893, she returned it in 1897 as soon as she began earning her keep. She gave much of her first Nobel Prize money to friends, family, students, and research associates. 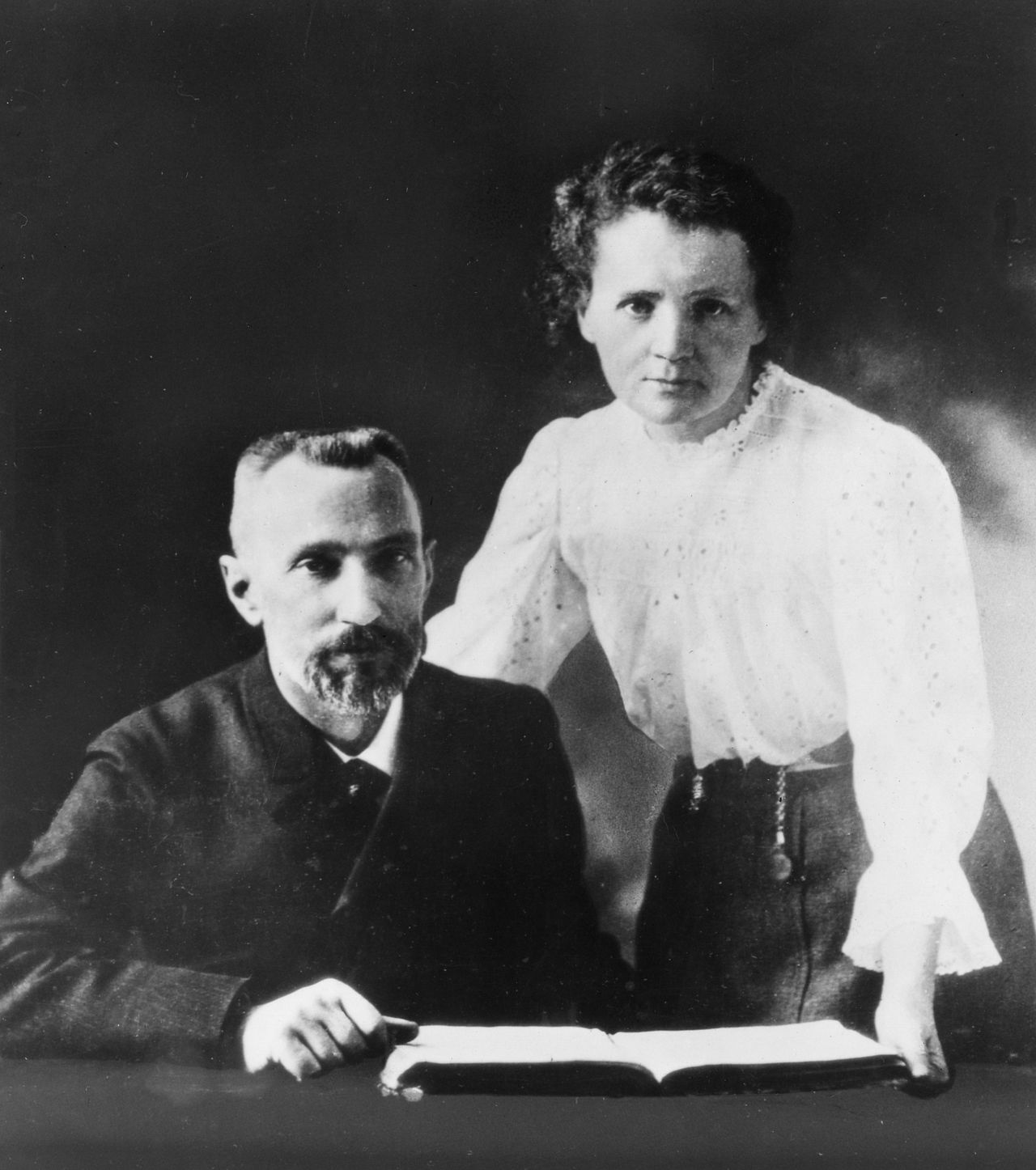 Pierre and Marie Curie in 1903

In an unusual decision, Curie intentionally refrained from patenting the radium-isolation process, so that the scientific community could do research unhindered. She insisted that monetary gifts and awards be given to the scientific institutions she was affiliated with rather than to her.

She and her husband often refused awards and medals. Albert Einstein reportedly remarked that she was probably the only person who could not be corrupted by fame.

“Nothing in life is to be feared, it is only to be understood. Now is the time to understand more, so that we may fear less.”