Born in Sydney in 1924, Catherine Nicholson was one of six children. Graduating from the University of Sydney Medical School in 1946, Catherine became a resident in obstetrics at Crown Street Women’s Hospital. In 1950, she married Dr Reginald Hamlin, medical superintendent at Crown Street.

In 1958 the Hamlins answered an advertisement placed by the Ethiopian government in The Lancet medical journal for an obstetrician and gynaecologist to establish a midwifery school at the Princess Tsehay Hospital in Addis Ababa.

They arrived in 1959 with their six-year-old son, Richard. The Hamlins had never seen an obstetric fistula before as they were an “academic rarity” having been virtually eradicated in the United States in 1895. After seeing many cases arrive at the school, they decided to create a dedicated hospital.

Fifteen years later, in 1974, they founded Addis Ababa Fistula Hospital and over the years, the hospital has treated more than 50,000 women.

“My dream is to eradicate obstetric fistula…
I won’t do this in my lifetime, but you can in yours.” 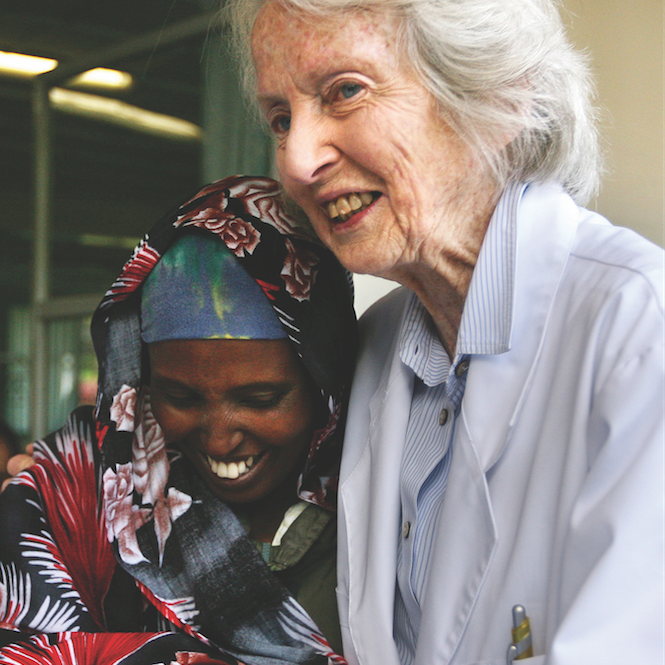 Following her husband’s death in 1993, Catherine Hamlin expanded the work of the hospital, lobbying and travelling extensively to raise funds for its clinical functions and training facilities, and to ensure that all patients could continue to receive free treatment.

Still funded entirely by benefactors around the world, Hamlin Fistula Ethiopia is now a healthcare network with more than 550 Ethiopian staff servicing six fistula hospitals, a rehabilitation centre and the Hamlin College of Midwives.

Hamlin still lives in her cottage on the grounds of the Addis Ababa Fistula Hospital and remains very active in the day-to-day work of the hospital and patient care.

Hamlin appeared on Oprah Winfrey’s television show in January 2004 at age 80. The episode was included in Winfrey’s 20-year anthology collection.

Winfrey travelled to the hospital and filmed another episode for her show, broadcast in December 2005. The 2007 documentary, “A Walk to Beautiful” featured five Ethiopian women who were treated and cured by Hamlin and her team at the Addis Ababa Fistula Hospital. 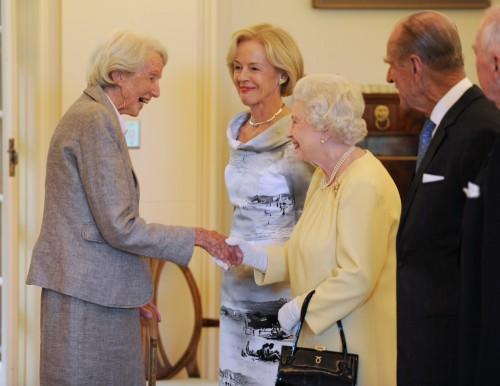 Hamlin was among 50 prominent Australians invited by the Governor-General of Australia, Dame Quentin Bryce, to take lunch with Queen Elizabeth II and the Duke of Edinburgh at Government House, Canberra in 2011. 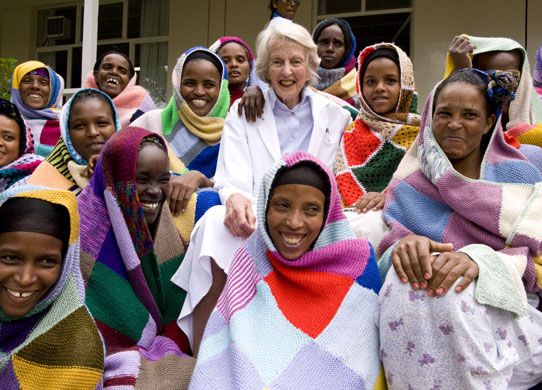