Yayoi is an 89 year old Japanese contemporary artist who works primarily in sculpture and installation, but is also active in painting,  performance, film, fashion, poetry and fiction. She has been acknowledged as one of the most important living artists to come out of Japan.

When she was ten years old, she began to experience vivid hallucinations which she has described as “flashes of light, auras, or dense fields of dots”. These hallucinations also included flowers that spoke to her, and patterns in fabric came to life, multiplying, and engulfing her in a process which she carried into her artistic career.

At 29, inspired by American Abstract Impressionism, she moved to the US and became a part of the New York avant-garde scene in the 1960s. She has continued to create art, most notably installations in various museums around the world.

Yayoi became the most expensive living female artist at auction when her piece White No. 28 (1960) sold for $7.1 million at a 2014 Christie’s auction. 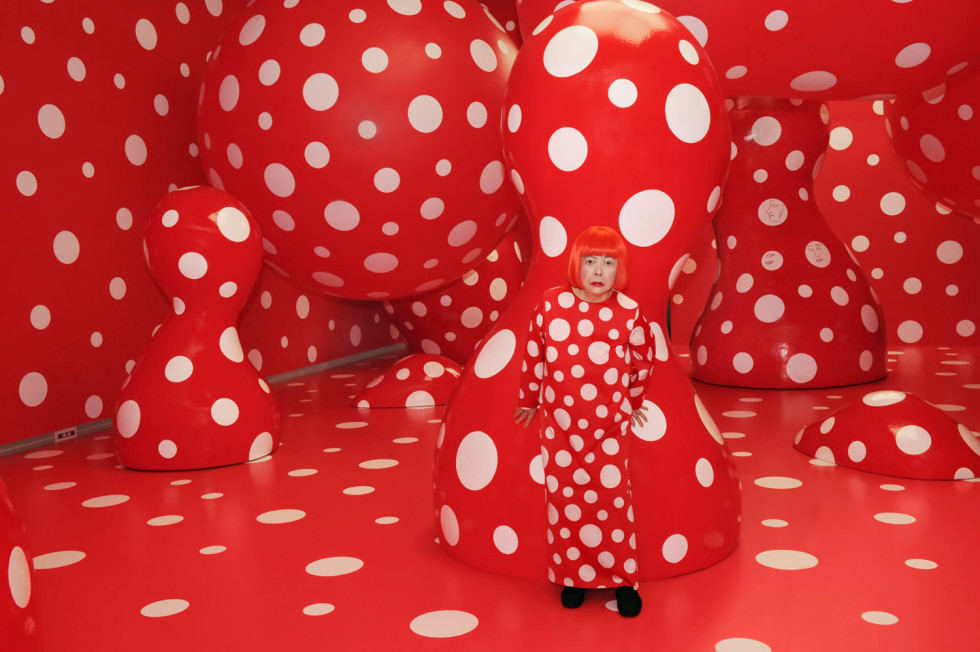 “Since my childhood, I have always made works with polka dots. Earth, moon, sun and human beings all represent dots; a single particle among billions.”