Born in Pittsburgh in 1894, Martha Graham has been said to be the one that brought dance into the 20th century. She founded the Martha Graham Dance Company in 1926 (now the oldest dance company in America) and began a five year collaboration with pictorialist photographer Soichi Sunami, together creating some of the most iconic images of early modern dance.

Her dance language was intended to express shared human emotions and experiences, rather than merely provide decorative displays of graceful movements.

Over more than 50 years she created more than 180 works, from solos to large-scale works, in most of which she herself danced. Martha’s final performance was her 1970 appearance in Cortege of Eagles when she was 76 years old.

Martha choreographed until her death in New York City from pneumonia in 1991, aged 96. Just before she became sick, she finished the final draft of her autobiography, Blood Memory, which was published posthumously.

An entire movement was created by her that revolutionised the dance world and created what is known today as modern dance. Now, dancers all over the world study and perform modern dance. Choreographers and professional dancers look to her for inspiration. 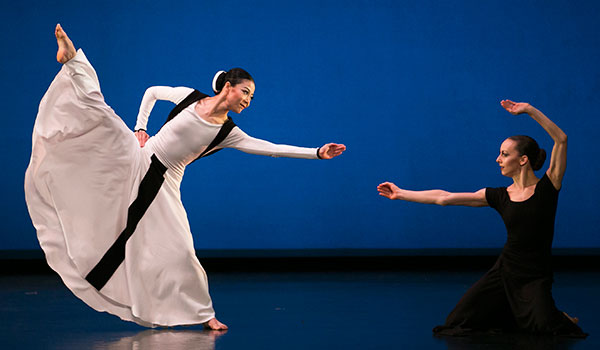 “You are unique, and if that is not fulfilled, then something has been lost… I have spent all my life with dance and being a dancer. It’s permitting life to use you in a very intense way.”