An American portrait photographer, Anna-Lou Leibovitz was born in Connecticut, in 1949, the third of six children. Her mother Marilyn was a modern dance instructor of Estonian-Jewish heritage. Her father Samuel was a lieutenant colonel in the U.S. Air Force.

The family moved frequently with her father’s duty assignments, and she took her first pictures when he was stationed in the Philippines during the Vietnam War. She took photographs around the military base and of nearby locals. Annie’s passion of art was born out of her mother’s engagement with dance, music, and painting.

While working for Rolling Stone, Leibovitz learned that she could work for magazines and still create personal work, of her family which for her was the most important. “You don’t get the opportunity to do this kind of intimate work except with the people you love, the people who will put up with you. They’re the people who open their hearts and souls and lives to you. You must take care of them.”

On December 8, 1980, Leibovitz had a photo shoot with John Lennon and Yoko Ono for Rolling Stone.  Leibovitz was the last person to professionally photograph Lennon‍—‌he was shot and killed five hours later. 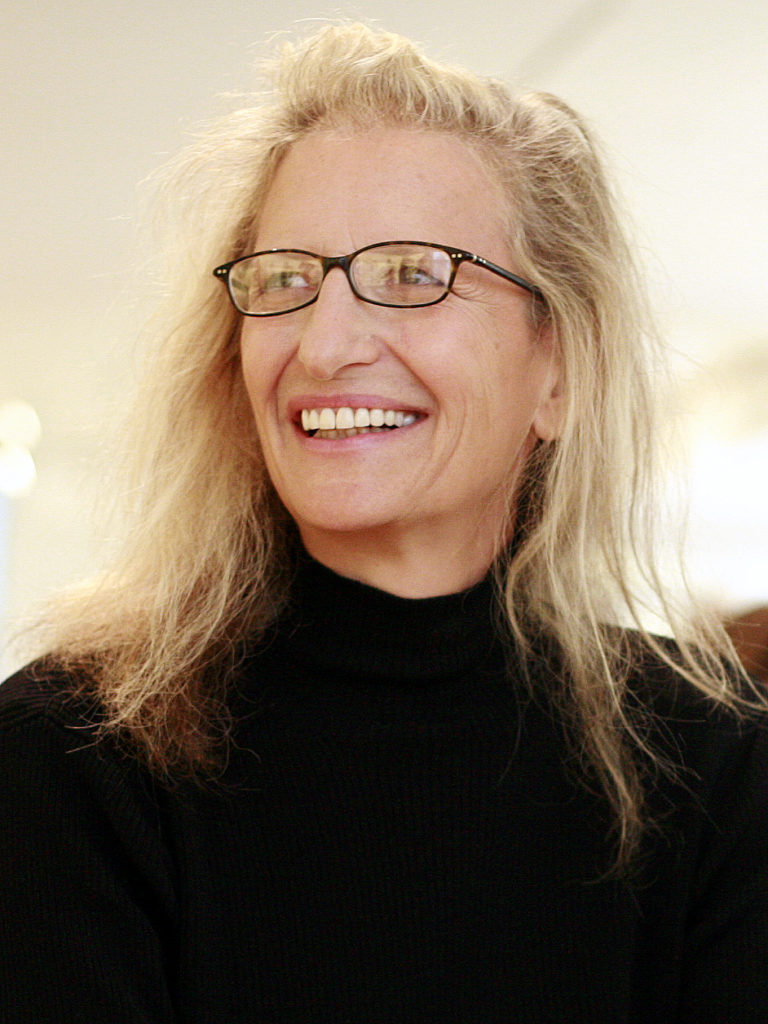 She was awarded The Royal Photographic Society’s Centenary Medal and Honorary Fellowship (HonFRPS) in recognition of a sustained, significant contribution to the art of photography in 2009.

> The Last Word: Annie Leibovitz Looks Back on a Legendary Career with Rolling Stone